For those of you following the build progress on RimfireCentral, feel free to skip the "cliffsnotes" summary. For those who need a refresher:

In March of 2020, RFC user "Mjpleo" built an upper that ran ok without any casing blowouts using standard 22lr bolt components and a heavier recoil spring. Video of his test:

From there, I and others had barrels made by Lothar-Walther in the interest of creating a system that worked reliably, without out of battery detonation and case rupture issues. We also added ~2.8oz to the bolt using the 22lr BoreBuddy adjustable weight with tungsten inserts, with the goal of keeping the cartridge in battery long enough to avoid ruptured cases. Recently, the barrels were finished, but the chamber had a large relief cut, which we assume was intended to aid in cycling: 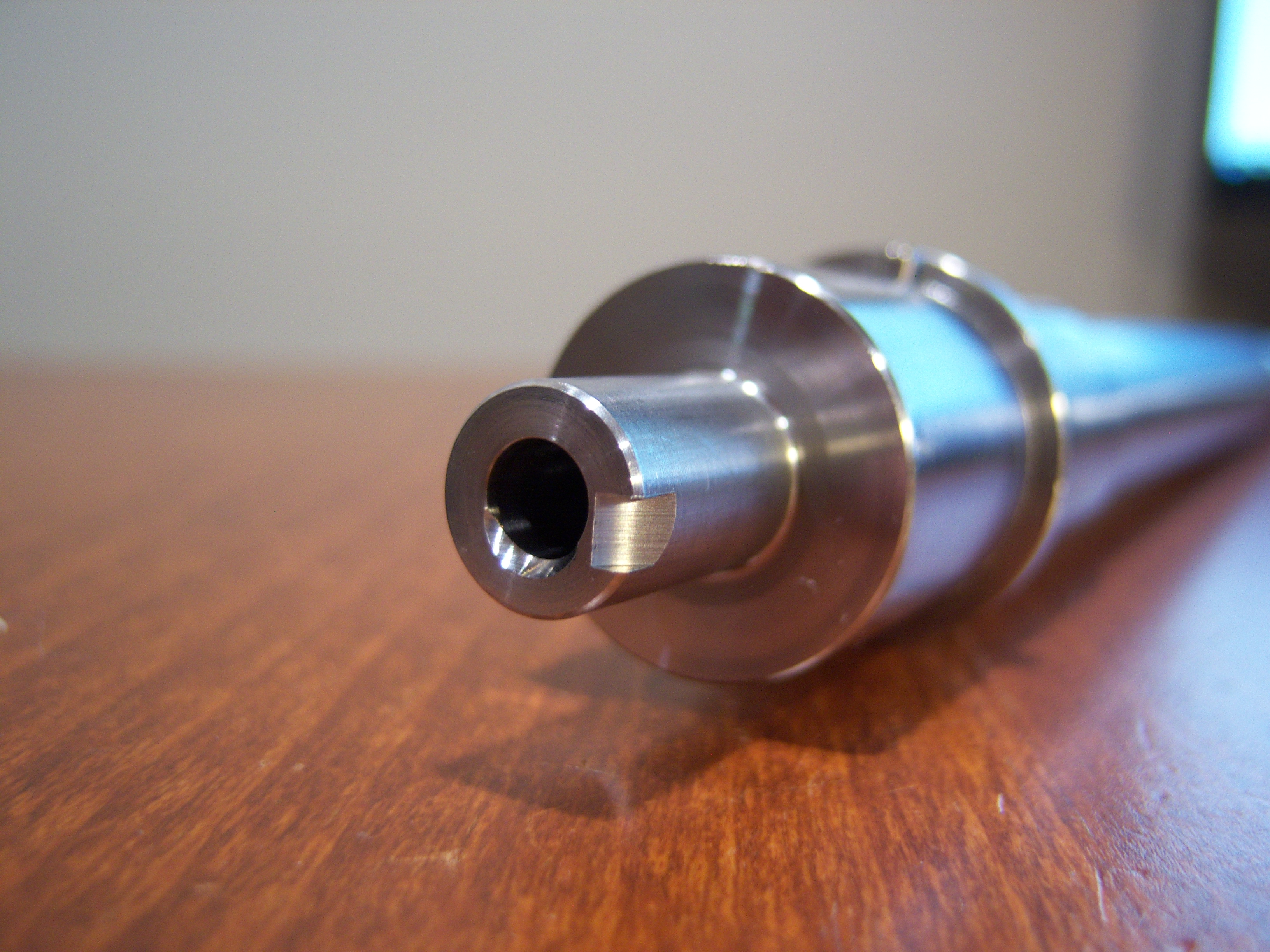 Users determined this cut was unnecessary by hand cycling 17HM2 ammunition through 22lr ARs. The cut led to bulged and/or ruptured casings: 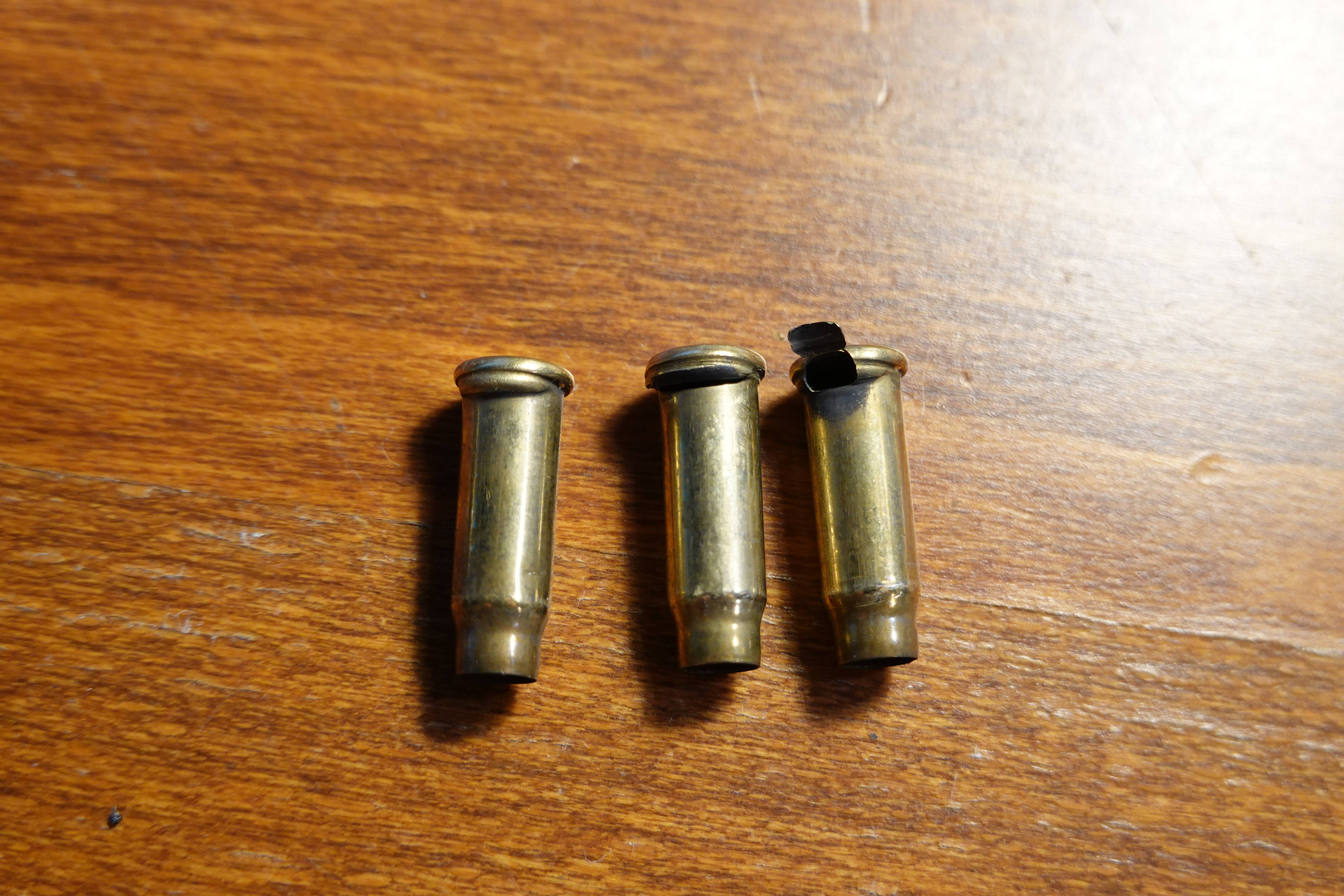 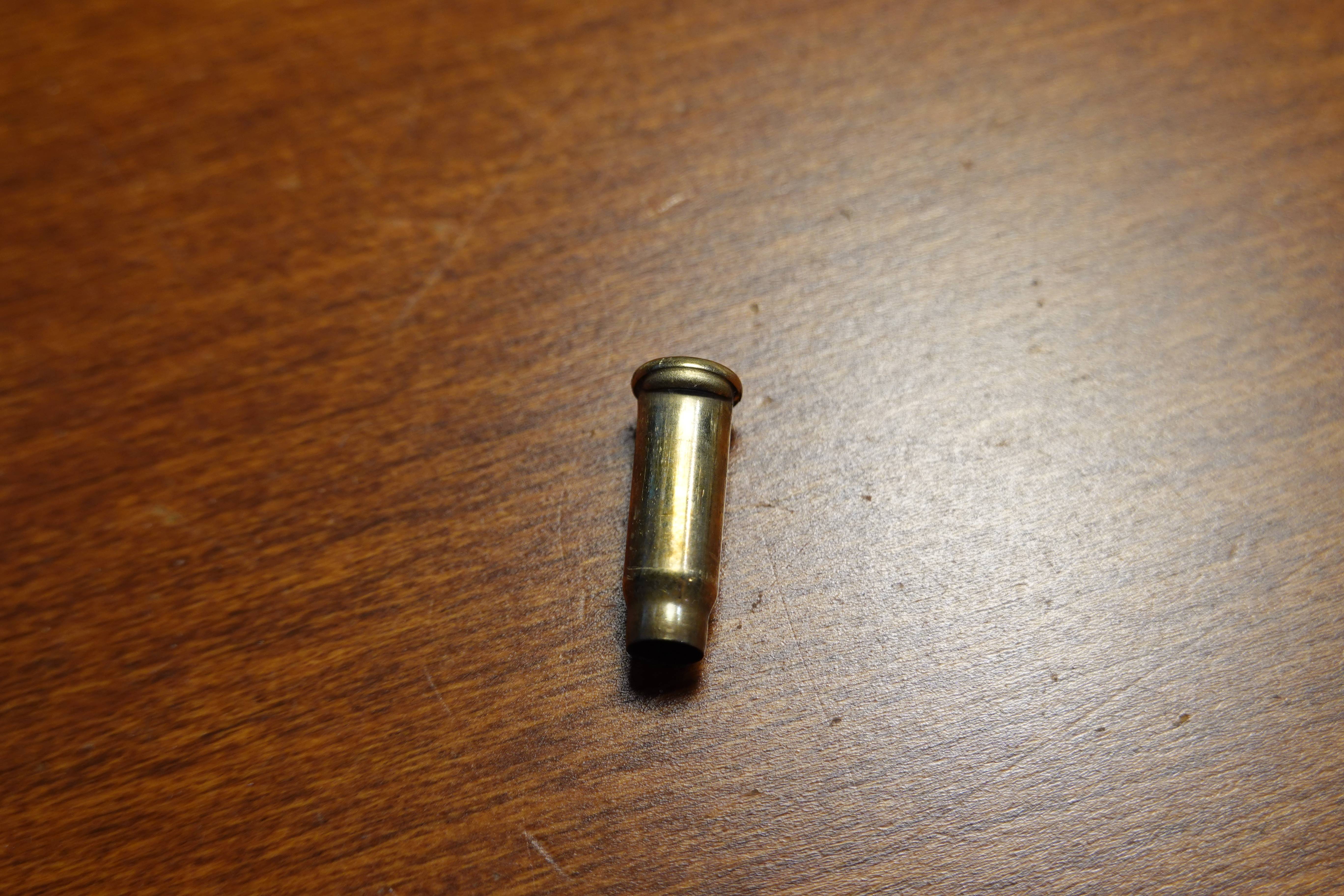 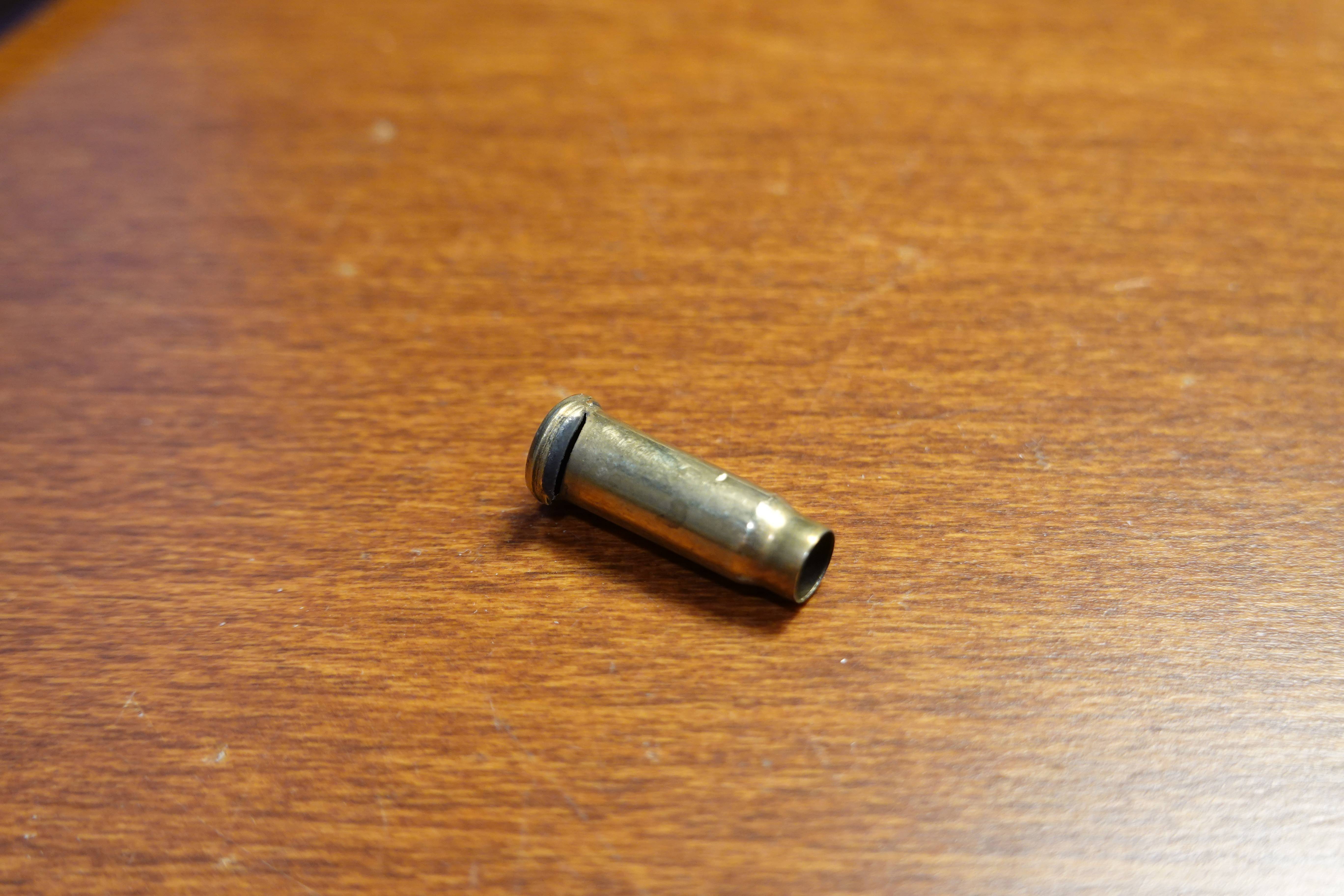 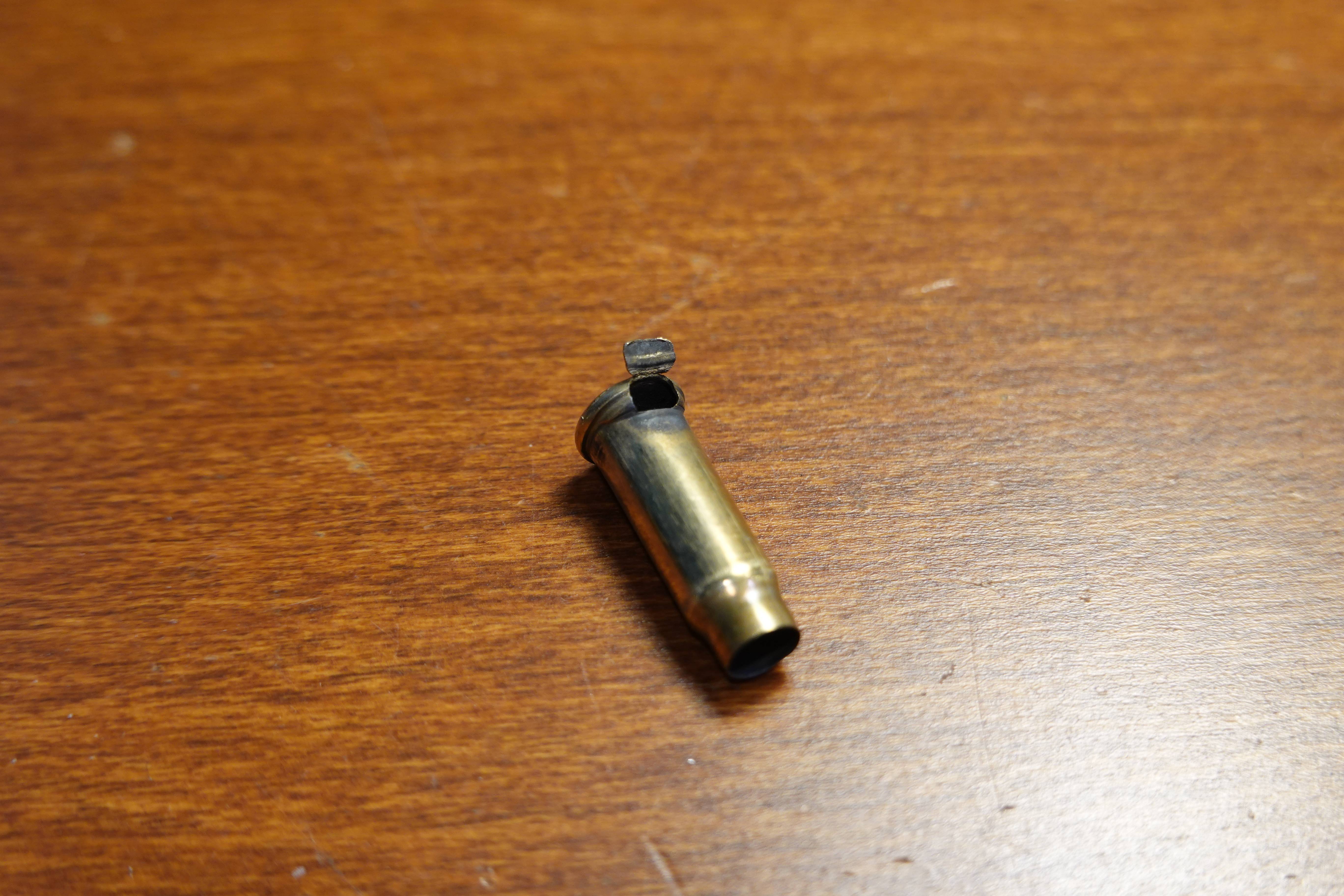 Currently, we're waiting on the barrels to be re-made without the chamber cut that initiated the case bulge and subsequent rupture.
Top

Test to see if this will let me post.

A forum should work better than a CS email system.
Top

Looks like it worked. We had some settings wrong earlier, The site is still under construction and probably will be for a few months as the bugs get worked out.
Top

For the purposes of this forum it should be noted that the collar depth was different too. The 'older' CMMG collar depth (shank length) was 0.672" and the "new" collar depth is 0.700". This variance in conjunction with the fed ramp cut caused the blowouts.
Top

Thank you -- I forgot to include that bit of information in the summary. Also note that we've requested that the new barrels be made according to the "new" 0.700" standard.
Top

I'm going to take a little bit more metal off the front of the collar, perhaps down to 0.673" so the bolt face is not slamming against the end of the barrel stub but not so much that headspace is an issue. Hopefully LW will change their dimensions to match the new CMMG collar dimensions.
Top

The nice thing about removing metal is it has no downside -- if you end up with a standard 0.700" barrel stub in the future, the shortened collar can be used without issue. I'm glad I have both an "old" and "new" collar in the stable for compatibility with any barrel stub.
Top

I have a Garrow AR-17 upper I haven't shot much... Following here and at RC
Top

I haven't heard about needing to return -- I imagine that it would just be additional cost and hassle for something they'd throw in the scrap bin. Add that with this being the hottest gun buying time in world history...I doubt they're going to deal with shipping them back.
Top

I just realized that a collar I have used for quite a while, a long collar from RTB, is longer than the stub on most of my barrels, even my CMMG barrels. It wasn't a problem for function on my 22lrs until I paired the long collar with the LW barrel.

Had a not read these .17 threads, I'd have attributed this to random tolerance stacking.
Top

John of L-W emailed me today and updated that the work order had been released to the shop and he's expecting November sometime as the delivery date for the new barrels. They are also ordering a new CMMG bolt and collar to look into fixing the incompatibly issues across their rimfire line. I'm ready for the new barrel to come. Many squirrels need "controlling" on the farm, but it looks like the CZ452 will do the heavy lifting again this year.
Top

I just posted this up at RFC. I spoke with Matt this morning. He's going to send me some more pictures too.

I reached out to Mjpleo, the OP, and he's going to circle back with his friend that made the heavy springs that worked with his setup and the Beyer barrel. He said he's over a 1k rounds now without anything like I described. He sent me a picture of the breech but it's a little fuzzy; I can't see whether there's a feed ramp cut or not. He's convinced the heavy spring is the answer. He thought the spring tension needed to be nearly double that of the original spring. I haven't tried the heavy spring from the Lakeside kit to see how much additional force is required but I look forward to seeing if his friend will produce some more.

OJ - I was hot on a .17HMR way back when too and I was about to go with the AA version when I discovered the Garrow. What has your experience been like with it?
Top
Post Reply
14 posts • Page 1 of 1